DEANNA DRISCOLL -
​SAG/AFTRA/
​ACTORS EQUITY-
Award winning Actor/Director/
​Producer/Teaching Artist.
​DeAnna is a recipient of the San Diego Critics Circle award and the BACKSTAGE magazine’s Garland award. Most recently DeAnna was seen in the award winning production of The Quality of Life with Intrepid Theatre. Previous to that she was seen in Moxie Theater’s ‘Mud Blue Sky’’ and just before that she performed in ‘Bethany’ at The Old Globe Theater. Other theaters include: NSC Black Box (NY), Cockpit Theater (NY), Diversionary Theater, The Old Globe Theater, The San Diego Repertory Theater and more. Favorite roles include: Jeanette in Quality of Life, Frankie in Frankie and Johnny in the Clair de Lune, Grace in Bus Stop, Haley in Bad Dates, Eve Ensler in The Good Body, and Regan in King Lear. Television and film credits include: “Lincoln Heights”, “Point Pleasant”, “Veronica Mars”, “Decaf”, “Nixon Baby”. Commercial credits include: Union Bank, Pepsi, Sunny Delight, and AT&T. 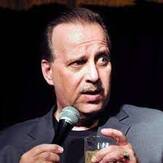 TONY CALABRESE -
​Award Winning Comedian/Director/
​Producer/Teaching Artist.​
​A native of San Diego, Tony Calabrese has been performing comedy for the past 25 years. He talks about life, world events, marriage, kids, grandkids, the corporate world, and the trials and tribulations of not staying in top physical condition. Tony performs regularly at The Comedy Store, The Comedy Palace, The Madhouse Comedy Club and other San Diego and L.A. clubs and venues. Tony won the “Ultimate Laff-Down” at Flappers Comedy Club and is a two time finalist in the World Series of Comedy in Las Vegas. His DryBar Comedy Special was released earlier this year and can be seen on Drybarcomedy.com 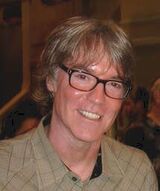 STEPHEN CARPENTER - Director/Actor/Screen Writer/Teaching Artist.​ Stephen Carpenter was born in Weatherford, Texas, and raised in Kansas City, Missouri. He graduated UCLA Film School, and has written screenplays for hit movies OCEAN’S ELEVEN, BLUE STREAK, and SOUL SURVIVORS, which he also directed. Mr. Carpenter also created the hit Emmy-nominated series, GRIMM, for NBC. He has lectured often at USC Film School on screenwriting and pitching for studios and networks. Carpenter has published seven novels, including KILLER, the first of his Jack Rhodes Mystery series, which was Number One on Amazon’s bestselling Mystery list, and dubbed a “blockbuster debut” by Entertainment Weekly. Carpenter is currently developing a one-hour TV series based on his Jack Rhodes Mysteries. and just completed a major film script to go into production next month. 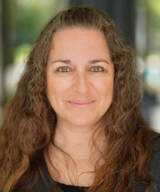 D. CANDIS PAULE, CSA -
Actor/Casting Director/Producer/
​Teaching Artist
​CANDIS Is the owner of Candis Casting.  Since 2003 she has been the premiere San Diego casting director and has worked on such projects as Pitch, Terriers, The Ex List, Point Pleasant, and all three seasons of Veronica Mars.  Along with many telenovellas for Fox’s My Network, she has been the primary or local casting director on a wide variety of pilots and features.  She has worked on hundreds of union and non-union commercials, print jobs, voice over projects, and industrials.  Her educational background is in the dramatic arts and life sciences.  Ms. Paule is also an award-winning actor, director and private coach. 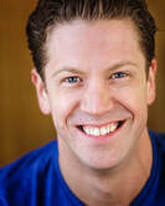 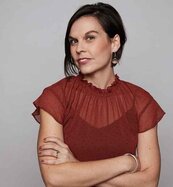 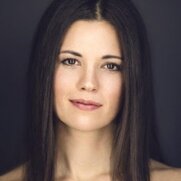 MEREDITH GARRETSON
Stage/Screen Actor/ Teaching Artist/Activist.
​Meredith is committed to making art that is anti-racist, anti-capitalist, inclusive, and reflective of the society we wish to build. Catch her heavily recurring role as Kate Hawthorne in RESIDENT ALIEN on Syfy. 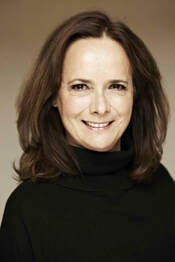 JEANETTE KNIGHT - SAG/AFTRA/Actors Equity
/Director/Choreographer.
​Jeanette has played over twenty roles, ranging from Rose in The Woolgatherer at the Tony award winning Victory Gardens Theatre in Chicago, to Shen Te/Shui Ta in Brecht’s Good Person of Szechuan to Roberta in Going to a Place Where You Already Are. But her most demanding role was Louise in Always, Patsy Cline, which played to sold out audiences in 2011 and 2013. From 1997-2006, she worked full time as the Education Program Director for the McCallum Theatre, supervising a faculty of fourteen teaching artists and helping coordinate and judge the English Speaking Union’s Shakespeare Competition. She served as the Executive Director for the Beaumont Actors Studio. She has been teaching acting and directing at the Idyllwild Arts Academy since 2006, where she directed several highly lauded productions. Other theaters/venues she has directed for include the Indian Wells Theatre, Arthur Newman Theatre, Palm Canyon Theatre, Truckee Meadows Community College, Brewery Arts Center, Coachella Valley Repertory and the Green Room Theatre, directing Hamlet. In 2014, as Artistic Director for the Indio Performing Arts Center, she conceived of and carried out the first Coachella Valley Improv Festival, which has been re-branded as the Joshua Tree International Improv/ Comedy Festival, now in its fifth year. In 2017, she received the Most Inspirational Award from the Desert Theatre League. 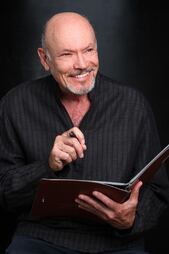 PETER FRISCH -
Award Winning Producer/Director/ Teaching Artist
Peter Frisch has directed 160 productions in the New York and regional theatre, produced 150 hours of network television, was Head of Drama at the prestigious Carnegie Mellon School of Drama, and has been on conservatory faculties at Carnegie, The Juilliard School, Harvard and Boston Universities. 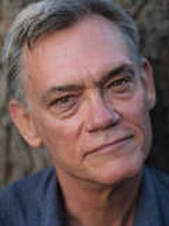 ROBERT NICKEL-
​ Actor/Director/Writer/
​Teaching Artist
Robert, has deep roots in the Point Loma Theater community. He discovered his lifelong passion for theater in productions at Sunset View Elementary, Correia Jr. High, and Point Loma High School, where he appeared in numerous shows and was a member of the PLHS Thespian Society. He earned his B.A. in Theater from Stanford University, where, among other accomplishments, he was a founding member of the improv troupe Spontaneous Generation, served on the Board of Directors of the of Ram's Head Theatrical Society, and chaired the on-campus Undergraduate Lighting Project. Following graduation, he held the role of creative director for two Northern California faith-based theater companies, at First Congregational Church Palo Alto and at Menlo Park Presbyterian. Since relocating back to Point Loma, he has performed with the Red Brick Players at Point Loma Presbyterian; served from 2016–2019 with Christian Youth Theater in the roles of acting teacher, sound designer, and production team member; and, most recently, appeared at Point Loma Playhouse in Glorious!, playing the role of Cosme McMoon. 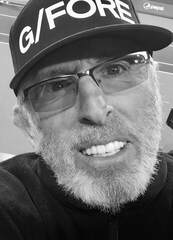 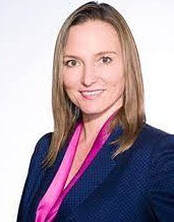 GABRIELA SOSA -
​Actor/Director/Producer/
​Teaching Artist.
​Gabriela studied The American Conservatory Theater in San Francisco and taught at the Strasberg Institute in LA. She’s also studied with legendary acting coach Larry Moss and Casting Director, Chris Game from Actors Creative Workshop, amongst others.  Gabriela’s specialty is transferring Method Acting from the stage to the screen.  Each week, all actors receive on-camera training and exercises which all get to watch and discuss at the end of class. Be prepared to take your acting to the next level to book the job. 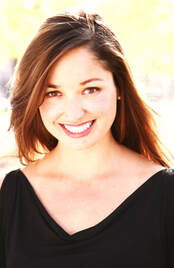 VANESSA LORRAINE
Actor/Producer/
Spokesmodel/
​Teaching Artist.
​Vanessa has worked as a professional actor and model in theatre, television, and film for over 30 years. She has an extensive commercial background including national campaigns for Shasta Beverages, Honda, Porsche, American Eagle, Tropicana Orange Juice and many others. She has current agent representation in both the Los Angeles, San Diego and Denver Metro. Theatre credits include Helen Keller in “The Miracle Worker” (Gallery Theatre), and a six-year run as Maria Cavatelli in “Joey & Maria’s Italian Comedy Wedding” (Dillstar Productions). 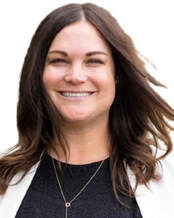 Jessica Goetting
Producer, Jr. Theatre
Jessica is excited to join the team this year and assist where needed. Jessica's love for theater started as a young child where she was raised participating in lots of productions on and off stage. Jessica grew up dancing and doing synchronized swimming where she would get to choreograph and preform productions. In high school she participated on and off the stage learning the ins and outs. Jessica is currently a mom to Tavin, who shares a love for theater, and a HR Generalist. As a season ticket holder to the Civic theater Jessica spends many evening at the theater and always admires the talent of others. Jessica's favorite productions include: "Come from away," "Book of Mormon," and "Aladdin."