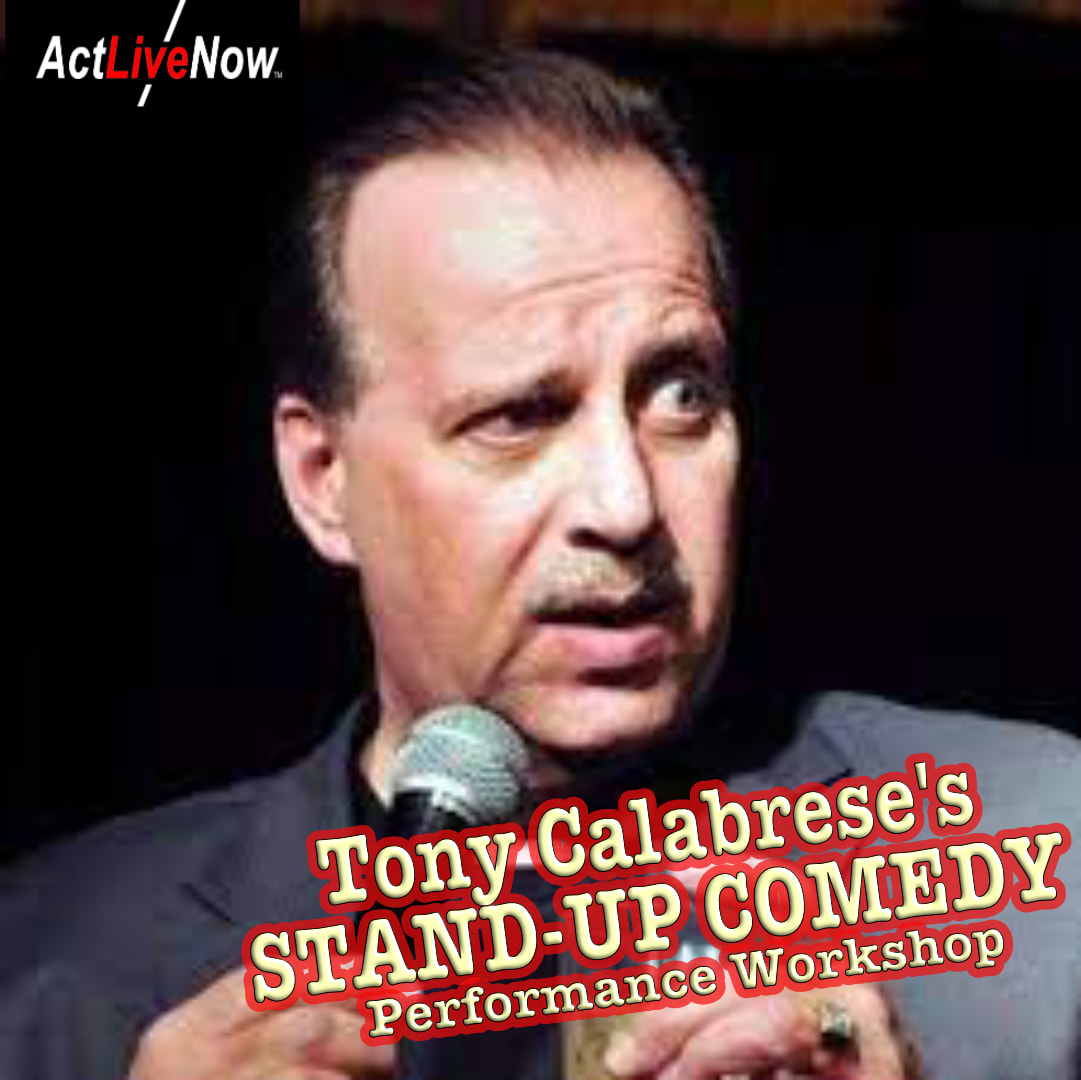 Award Winning Comedian
TONY CALABRESE
​teaches
"STAND-UP COMEDY"
​6 Wk INTENSIVE
WORKSHOP + LIVE STAGE PERFORMANCE
Think You're Funny Now?
You may be surprised... Whether you are new to Stand-Up or would like to sharpen your act, this intensive 6 week Stand-Up Comedy Workshop, gives you all the tools you need to put together a truly professional comedy routine. The workshop will conclude with a live performance on stage at the Point Loma Playhouse.

Early registration is suggested, as this class fills up very quickly.

Tony Calabrese - Comedian/Director/ Teaching Artist.​
​A native of San Diego, Tony Calabrese has been performing comedy for the past 25 years. He talks about life, world events, marriage, kids, grandkids, the corporate world, and the trials and tribulations of not staying in top physical condition. Tony performs regularly at The Comedy Store, The Comedy Palace, The Madhouse Comedy Club and other San Diego and L.A. clubs and venues. Tony won the “Ultimate Laff-Down” at Flappers Comedy Club and is a two time finalist in the World Series of Comedy in Las Vegas. His DryBar Comedy Special was released earlier this year and can be seen on Drybarcomedy.com